Tom Cruise’s Mission Impossible shooting has shut down due to at least one crew member tested Covid positive.

“We have temporarily halted production on ‘Mission: Impossible 7’ until June 14th, due to positive coronavirus test results during routine testing.” “We are following all safety protocols and will continue to monitor the situation” a Paramount spokesperson said in a statement.

Paramount, which is producing the latest film in the Cruise franchise, did not reveal who on the production had tested positive and it is not confirmed yet exactly how many people have tested positive for the virus. 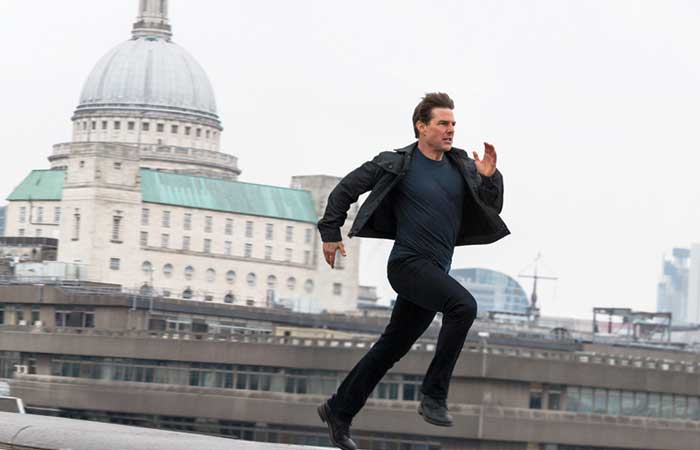 Initially filming in Italy had been suspended in February 2020 because of the pandemic and then resumed in October.

In December, British paper The Sun obtained and published sound tapes that purportedly highlight Cruise criticizing two team individuals who were supposedly remaining inside six feet of one another.

“I’m on the phone with every f–king studio at night, insurance companies, producers. They are looking at us and using us to make their movies. We are creating thousands of jobs, you motherf–kers,” Cruise could reportedly be heard saying in the clip obtained by The Sun in December 2020

“We are the gold standard!” he said. “They’re back there in Hollywood making movies right now because of us. Because they believe in us and what we’re doing. I’m on the phone with every f—ing studio at night, insurance companies, producers, and they’re looking at us and using us to make their movies. We are creating thousands of jobs, you motherf—ers! I don’t ever want to see it again. Ever!” Cruise can be heard saying in the audio recording The Sun reported as being him.

“That’s it! No apologies,” he continued. “You can tell it to the people that are losing their homes because our industry is shut down. It’s not going to put food on their table or pay for their college education.”

“I said what I said. There was a lot at stake at that point,” the Jerry Maguire actor recalled in May. “All those emotions were going through my mind. I was thinking about the people I work with and my industry. And for the whole crew to know that we’d started rolling on a movie was just a huge relief. It was very emotional, I gotta tell you.”

The star reportedly spent $665,000 of his own money house crew members during filming and was “appalled anyone would jeopardize filming with an act of such sheer stupidity.” According to him, there’s no margin for error, especially when so many other productions have been shut down.”