Arie Luyendyk Jr. and Lauren Burnham are parents of three! The Bachelor alums, who tied the knot in January 2019, welcomed twins on Saturday. The baby boy and baby girl   join Lukendyk and Burnham’s 2-year-old little girl, Alessi. Luyendyk shared the information on the twins’ birth on his Instagram Story.

“@luyendyktwins are here!” he wrote in a celebratory Instagram Story post on Saturday. “Momma and babies are doing great and everything went smoothly. Spending time cherishing these moments, thank you for all the support, he wrote.” 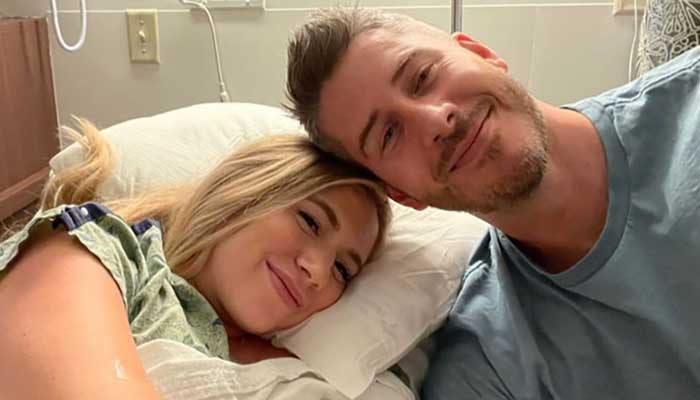 Though the couple have share any picture of their newborns yet, but they did share a moment of themselves from the hospital. Before her delivery, Arie also praised Lauren for being a “tough woman,” writing that “she’s having a hard time this go around with nausea.”

Speaking with PEOPLE in May, Lauren said she and Arie figured out what they wanted to name their babies on the way a while ago.

“We’ve had them picked out for the last couple of years. We came up with Alessi’s name. Right after we decided on her name, we actually chose the next two for our boy and our girl. It just ended up working out where we’re now having a boy and a girl. So we’re just gonna use both of those names that we loved, she said.”

The mom shared a photo of herself on Instagram with her daughter on May 23, writing that she was making the most of the time with her before adding two newborns into the mix. “soaking up all the extra time w/ my bff before we have a couple more,” she wrote.

Lauren also explained to PEOPLE how she was coaching Alessi to be prepared for her younger brother and sister.

“We have gotten quite a few books on becoming a big sister, like Baby in Mommy’s Tummy. We’ve been reading those books to her almost every night,” she explained at the time. “We try and mix in some other topics as well, but we read those to her. We talk to her about the babies in my belly all the time and I try to put her hand on my belly when they’re moving. She kind of puts two and two together. I actually took her to an ultrasound … so I think she’s starting to put it together a little bit more, but I don’t know if she’ll totally grasp it until they’re here.”

As for whether they plan to have more children, she added: “We didn’t expect to have three right away, so it’s gonna be a very big transition for us. We wanna see how we manage that first and then we’ll probably decide after that. But the pregnancy this time around, I have to say, has been a lot easier than my first pregnancy.”