On the series finale of Keeping Up With The Kardashians, Kim spoke about how she’s ready to be happy. But what does her happiness after Kanye resemble? Part of Kim’s path will mean dating again.

Perhaps this time, she’ll find a compatible partner who can actually make her happy. An insider opened up to People about Kim’s current plans and state of mind.

According to the insider, Kim “wants to date.” The source explained: “She doesn’t see herself being single for the rest of her life.” That doesn’t mean that finding a rebound is the first item on her agenda. “Her priorities are her kids and work,” the insider affirmed. “But,” the source continued, “She would love to find a guy to share her life with.” 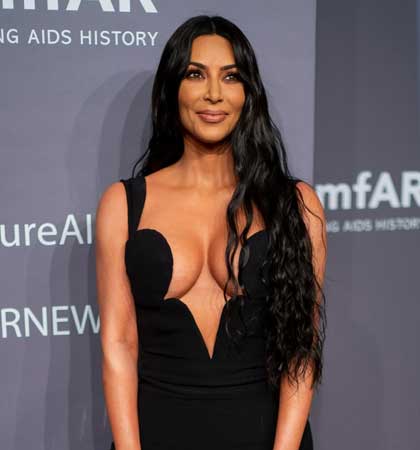 An insider assessed that Kim is “doing great” months after filing for divorce from Kanye West.

“She was really struggling around the time she filed for divorce,” the source disclosed. That seemed obvious at the time, as fans picked up on her inexplicable reluctance. “She was very upset about it,” the insider shared. “And, Kim really didn’t want to file. Fortunately, Kim went through with it- the source explained.”

“She has come a long way since she filed for divorce, though. She’s very happy- the insider praised”. “And she is convinced that she made the right decision.”

Kim and Kanye began dating in 2012. Two years later, they married in Italy. They have four children: 7-year-old North, 5-year-old Saint, 3-year-old Chicago, and 2-year-old Psalm. Kim and Kanye’s marriage took several awkward turns very quickly. Kanye’s mental health and the fact that he is simply a bad person both created friction at home and with fans. The singer and designer would blurt out disruptive, appalling things. Over the years, Kanye went on to espouse wild conspiracy theories.

At one point, he claimed that he was given much-needed psychiatric meds to “silence him” and to cause him to gain weight “on purpose.” In reality, medicines for bipolar disorder are intended to help people manage their mental illness. But Kanye did not want to be managed. Over time, his erratic behavior and outbursts grew worse.

Kanye also divulged sensitive personal family information without a filter. Weeping on stage, he complained about abortion, claiming that Kim had considered an abortion before having North.

Given that this was not his information to share and that North will inevitably here it, this was unconscionable of him. The divorce was long overdue. Kanye has moved on, dating 35-year-old model Irina Shayk.

Reportedly, Kim is totally fine with that romance, and knew about it for weeks before the news broke.