It is pretty normal for most of the parents to rely on their orthodox parenting intuition instead of seeking expert aid while facing everyday parenting issues and difficulties. Let’s not neglect the fact that parents often lack the natural capacity to know precisely what to do in every situation and how to handle their child’s tantrums.

Quite often most parents don’t relish the idea of making a blunder with parenting. However, mistakes are inevitable and unfortunately parents are most prone to them while parenting.

Here are some common parenting mistakes and how they dictate your parenting style.

1. Giving up on searching for solutions

Parents often feel that some issues cannot be fixed or are too willing to embrace them and thus end up in misery and restlessness. Common behaviours such as bedtime  squabbles, frequent nighttime waking, and older children’s frequent angry outbursts and other concerns come under this category. Parents simply just give up on these situations that make the kid feel unwanted and throw temper tantrums.

2. Not Understanding the Seriousness of Issue

Parents must first determine if the issue is really trivial before trying to fix it. If you’re dealing with a problem, you also should know how big it is. So before you resolve the issue thinking it’s huge or not, make sure you understand and ask your child how they feel about it.

Inconsistent parenting is one of the most damaging things that can do to your kids. If you are inconsistent in your disciplining tactics and showcasing your love with kind acts, your children may have difficulty understanding what you expect of them and how to behave.

You could think applying a set of rules will keep your children in control and you’re doing your kids a favor if you let them do anything they want. But that’s not the case, most  young children, on the other hand, find it difficult to acclimatize to a world with limits. Your youngster will know how to manage and expect things on their own gradually if you let them wander.

5. Use alternative methods to Resolve Issues

Instead of trying to win arguments or showing who is more powerful and influential, simply resolve to not open the same issue again. A book written by Robert MacKenzie claims that you may get “stuck in detrimental communication patterns” when your child resists. No, we’re not suggesting that you go toe-to-toe with your child; instead, we’re suggesting that you use alternative dispute resolution methods, such as yelling, arguing, and repeating yourself.

6. Not accepting failures of repetitive techniques

While some parents feel that whippings are an adequate punishment, it’s apparent that they are not if you use them repeatedly to address the same problem or behavior. If parents fail to recognize or alter unsuccessful parenting practices, it’s almost as dangerous to your child as not resolving the issue. This wouldn’t work for all cases and you someday would have to switch techniques. 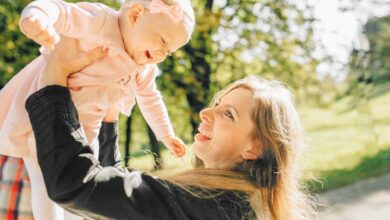